Mainpage > Artykuły o regionie > Citizens about Zwoleń > Save from oblivion

In April 2020 short book “Manor houses and landowners” by Z. Lesisz and S. Musielewicz was published. Its main function is to remind places, architectonic objects and people connected with history of Zwoleń. As the Author says: “I explore manor houses in distant locations, abut these in Zwoleń region I know a little.”

By reading this publication we might learn, what were the consequences of liquidation social group called “landowners” after 2nd World War and attempts of obliteration them from history. Reading that book gives a lot of thoughts and I want to share some of them.

Stanisław Musielewicz writes: “In the Zwoleń County before 2nd World War were over 11 antique manor houses. Nowadays there is no sign of them, also memory of them slowly disappearing.” After 1945 abandoned manors were destroyed with all consciousness, memory of people, who lived there was blurt. And now, only thanks to work of history enthusiast, like Zbigniew Lesisz and Stanisław Musielewicz, knowledge of the past, which interests a lot of people, is getting available again. I have to say, that however in the land with such literary and cultural richness as Zwoleń land, barely anyone knows names such as Karczewscy, Samsonowscy or Czaplińscy, though the memory of poet Jan Kochanowski is still preserved. Let’s see the paradox in this. Although the poet came from landowners culture, which was sentenced to oblivion after war, after all interest in himself and his poetry, treated ostensible and formally accepted, survived.

So, this book tells the story about non-existent world of polish nobility, in which poet grew up, which was built by him and his descendants. Regaining knowledge about manor houses in Zwoleń region we may understand this 500 years away world better. At least for that reason it’s worth to discover history of manors and its owners.

I decided to present plenty of issues contains in this small book on the example of manor house in Strykowice – location quite well-known for all Zwoleń’s inhabitants.
Stanisław Musielewicz writes, that village was possessed by relatives of Jan Kochanowski for half of 19th century. As it is, it might had been connected with Kochanowski family more than Czarnolas. Strykowice could boast great origin, it’s probably elder than Gotardowa Wola, and the cemetery from pagan times, discovered in 1920s, proves very old settlement. Also the name of the village, derived from man’s name, what is characteristic for villages set up in early medieval times, seems to confirm that theory. As well Piotr as Jan Kochanowski were owners of Strykowice. It’s known that yet in 1945 it was able to see there part of stone cornice with graved Corvus coat-of-arms, coming from 16th century.

Manor in Strykowice, by the law of inheritance or purchase, overpassed from one descendant of Jan Kochanowski to another. It’s worth to remember that in 17th century, before 1644, Zuzanna Owadowska-Wołucka, granddaughter of poet Jan, donated chapel of saint Stanislaus bishop in Zwoleń’s church. In that way, she fulfilled the will of her parents.

In the beginning of 19th century Aniela Kochanowska was the owner of Strykowice. Her daughter Amelia, on 12th February 1822, married Jan Zygmunt Skrzynecki – officer, Napoleonic Wars veteran, decorated with Virtutti Militari order for defense of Sandomierz. At the time of wedding, Skrzynecki was a colonel of Polish Army. During November Uprising the owner of Strykowice was the commander in the Battle of Olszynka Grochowska, later he became the head of the uprising. Jan Zygmunt Skrzynecki was a controversial character, but it’s worth to remember that: “He became a commander not by intrigues, not by machinations, but by his rapier and courage”[1].

Amelia and Jan’s wedding took place in church in Zwoleń. Due to high military rank of the groom, there were many eminent guests on the celebration, among them – Kajetan Koźmian, poet, literary critic, diarist. Author of the poem “Landed gentry” disposed income from first edition of his book for his peasants. He was classic poet, antagonist of Romanticism. On Skrzynecki’s wedding he showed up as the minister.

November Uprising ended in defeat, and then the manor house in Strykowice shared fate of other noble properties, which were repressed after uprising. General Skrzynecki, to avoid persecution of tsarism, decided to abandon Kingdom Of Poland. Retained property Strykowice soon was sold.

Since 1863 beautiful chart in history of Strykowice manor was written down by Karczewski family.
Joachim Karczewski was the squire, who gave arable land for Strykowice Górne inhabitants. He designated new area for rural buildings. That is how Karczówka village arised. As the Justice of the Peace in municipal court in Zwoleń he was active for society and supported the investment of folk house. His son Stanisław supported building a school and run model farm.
In January 1945 Karczewski family, just few hours before Soviet offensive, left the manor forever.

Musielewicz writes: “Soviets accommodated in the manor. They plundered the buildings, devastated the library with old books. During the occupation it was used by students in underground education. They destroyed old manor archives.” It was the beginning of the end of Strykowice property, important part of Zwoleń’s land history passed into oblivion with it.

I was in Strykowice in 1960s. Abandoned manor, voiceless witness of Poland’s great past, was changed into the sheep’s barn. It declined in unkempt park, and in the hallway of old Polish manor house, sheep separated with the boards cooped up. And the walls, which remembered Jan Kochanowski, people of art, participants of uprisings and common admires of organic work, these walls were demolished in mysterious circumstances in 1980s.

“Manor houses and landowners” presents many familiar stories of properties and its’ owners. It’s worth to know the history of our little homeland and take our time above the graves of the ones who went down good in Polish history. Of course, if the graves didn’t share the fate of manors. 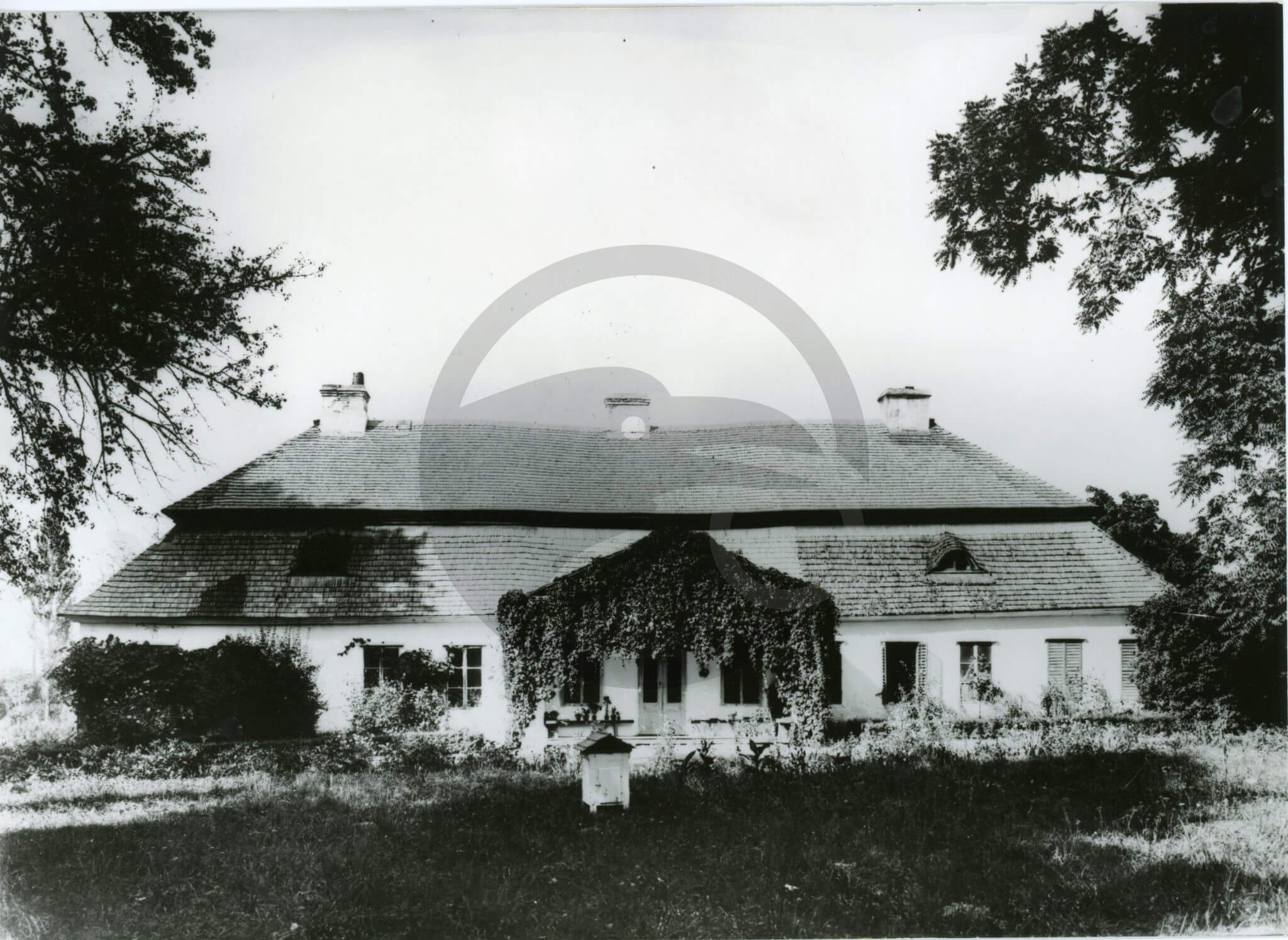