Exhibition for 100th anniversary of Battle of Warsaw

In the beginning of August Polish General Staff started preparations to counteroffensive. Operation plan, elaborated by general Tadeusz Rozwadowski and Józef Piłsudski, assumed strike at flanks and homefront of Soviet army, which has been attacking Warsaw. It was counted on dispersion and discommunication in enemy troops and also on work of Polish cryptologists: since September 1919 they had broken ciphers of White and Red Russians. Success of the operation depended on stopping Soviet’s stress toward Warsaw, Toruń and Lublin.

Since 13th August there had been intense battles of Radzymin – for 16th August march of the Red Army had been stopped. At the same time defenders of Zamość holded back Semyon Budyonny’s 1st Cavalry Army. However, on the north front Soviets reached the Vistula River near Brodnica.

At that time Józef Piłsudski stood in Puławy. On 16th August 1920 attack by Wieprz had begun. On the first day Polish troops reached homefront of Bolsheviks’ army attacking capital city. In the next few days, along the entire lenght of the front Polish army gone on the chase of retreating Red Army.

Inhabitants of Zwolen Region fought practically on all fronts of Polish-Soviet War. They was as well career soldiers, as volunteers, differed by age, social status, job, but connected by deep patriotism and will of sacrifice for Homeland.

On our exhibition we present profiles of Zwoleń citizens, who fought in 1919-1921, propaganda posters and elements of Polish armament. 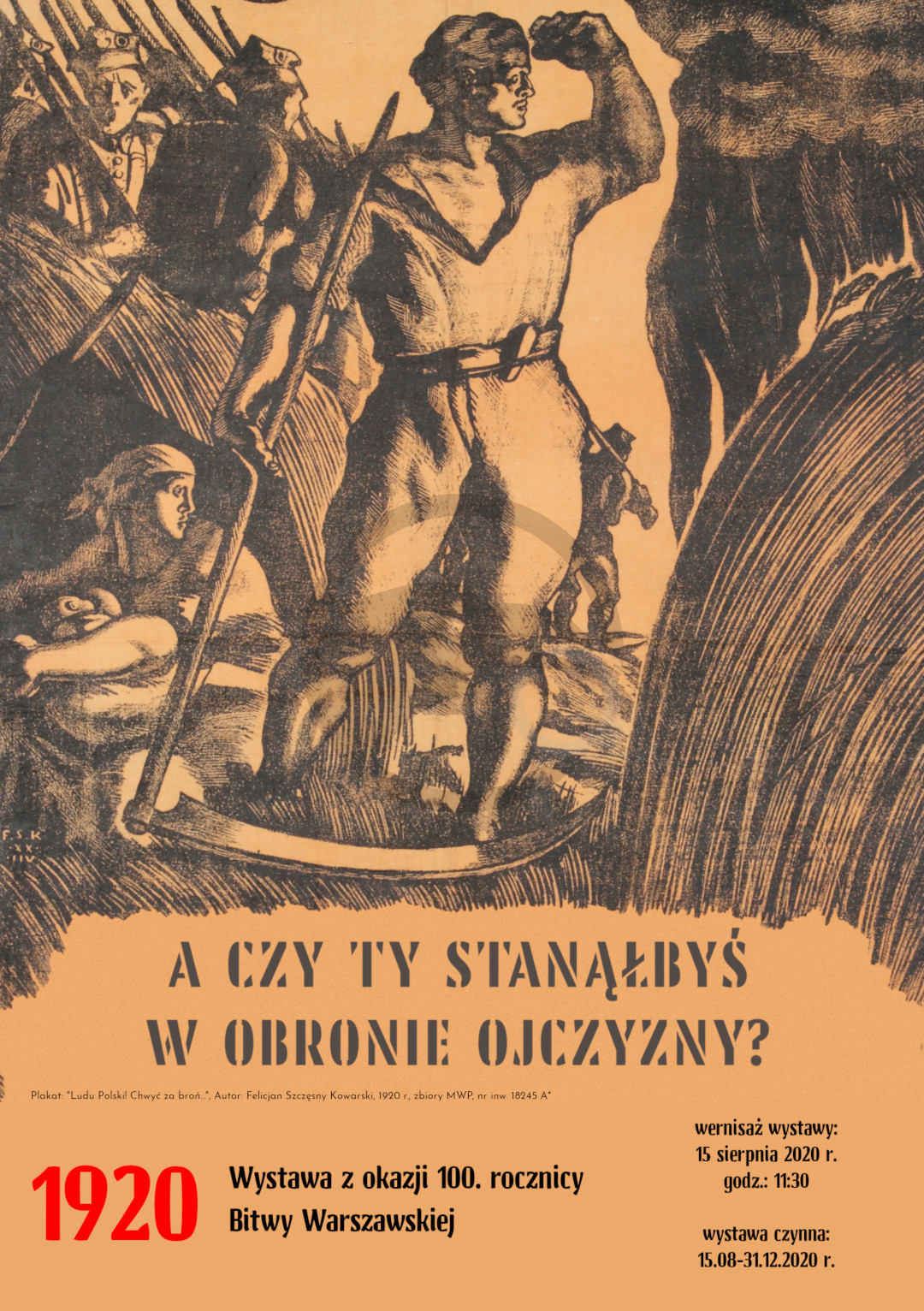