Sacral relics of the Parish of the Exaltation of the Holy Cross in Zwoleń.

Collections presented at the exhibition are dated to 17th to 20th century. The oldest and also the most valuable relics are Kochanowski family’s donations. These are a golden chalice donated by Hieronim Kochanowski, Master of Hunt of Sandomierz voivodaship, nephew of poet Jan and silk chasuble with the coat of arms of the Kochanowski family – Korwin (in Latin Corvus) – embroidered on it. Another chasuble, made of damask with symbols of our Lord’s Passion, is dated to the same period.

In the 17th century also were made a silver altar cross and a silver stoup input, as well as an oil painting on canvas depicting saint Anna and a part of feretory with the Immaculata – all presented at the exhibition.

Others sacred objects are largely liturgical vessels, like cups, monstrance, pyxis, cruets or altar bells, but you may also notice the bulla of Pope Paul V issued in 1619 for the Rosary Brotherhood in Zwoleń, richly illuminated 19th century Roman Missal, and parish’s Inventory, dated to the same period.

The exhibition allows you to look closer for things, which might be less visible during visits in churches or participations in devotions, but are an interesting example of sacred art. 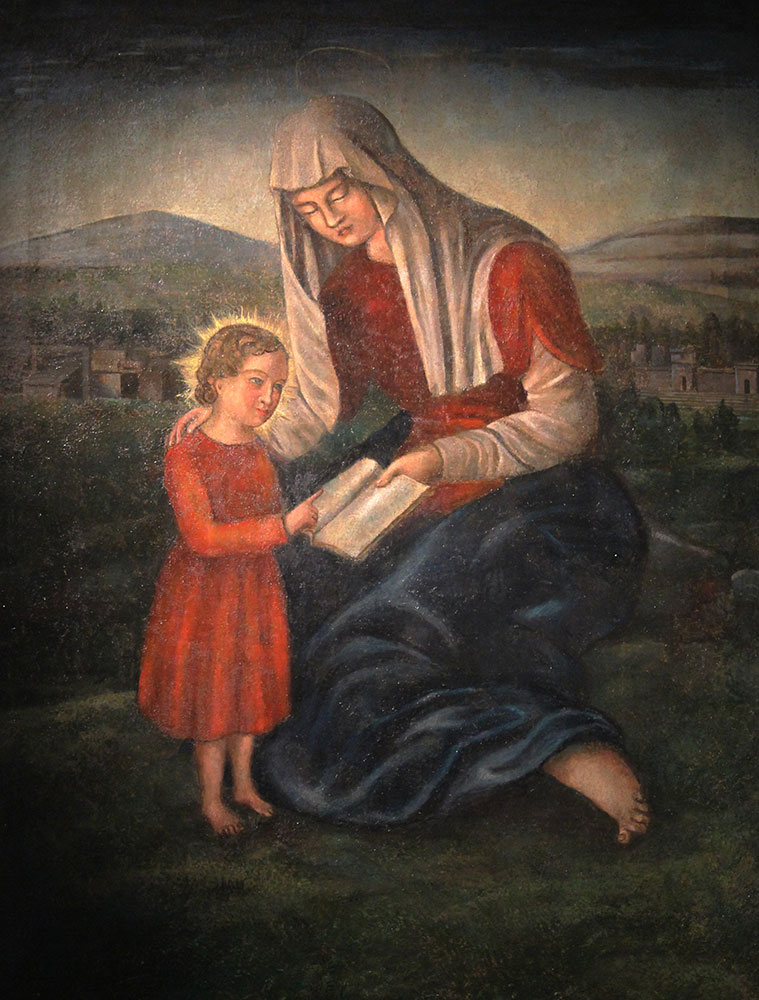