Patriotic-themed works are the most numerous group among all of Wincenty Flak’s sculptures. Among them we can find as well ones, which presents only the coat of arms of Poland, as ones, where White Eagle is part of more complex composition, with portraits of politicians, military symbols or floral motives.


The bas-relief Emblem of Poland was created in the 1930s. In fact it is a presentation of the coat of arms of a country. In the centre of the escutcheon artist placed a crowned eagle, whereas fringes are decorated with delicate flowers and geometrical elements – which is distinctive for Wincenty’s works. Multiple frames gives a 3-dimensional effect to the relief. Likewise other pieces of Wincenty Flak as well here we can admire unusual precision – its worth to look at the plumage and the crown on the eagle’s head. Over the years sculpture was slightly damaged – we can see losses on the feathers, bird doesn’t have clutches, some parts of frame decoration are also incomplete.

Emblem was made ca. 1937, to the order of Jan Galewski, mayor. Unluckily, the image hadn’t been in the town hall for long. At the time of occupation and for a few years after the 2nd World War it had been hidden in the attic of the town hall, later also in the Jagliński family’s tenement. From its last location, it had been moved to the building of high school, thanks to the initiative of Roman Imański, one of the teachers. There, the sculpture has been presented in the history classroom for 2017; nowadays it’s in the Museum’s collection.

However, it’s known that works with similar themes and looks had been created by Wincenty Flak not only for clerks, but also for private persons, like even Stanisław Wieczorek from Melanów. 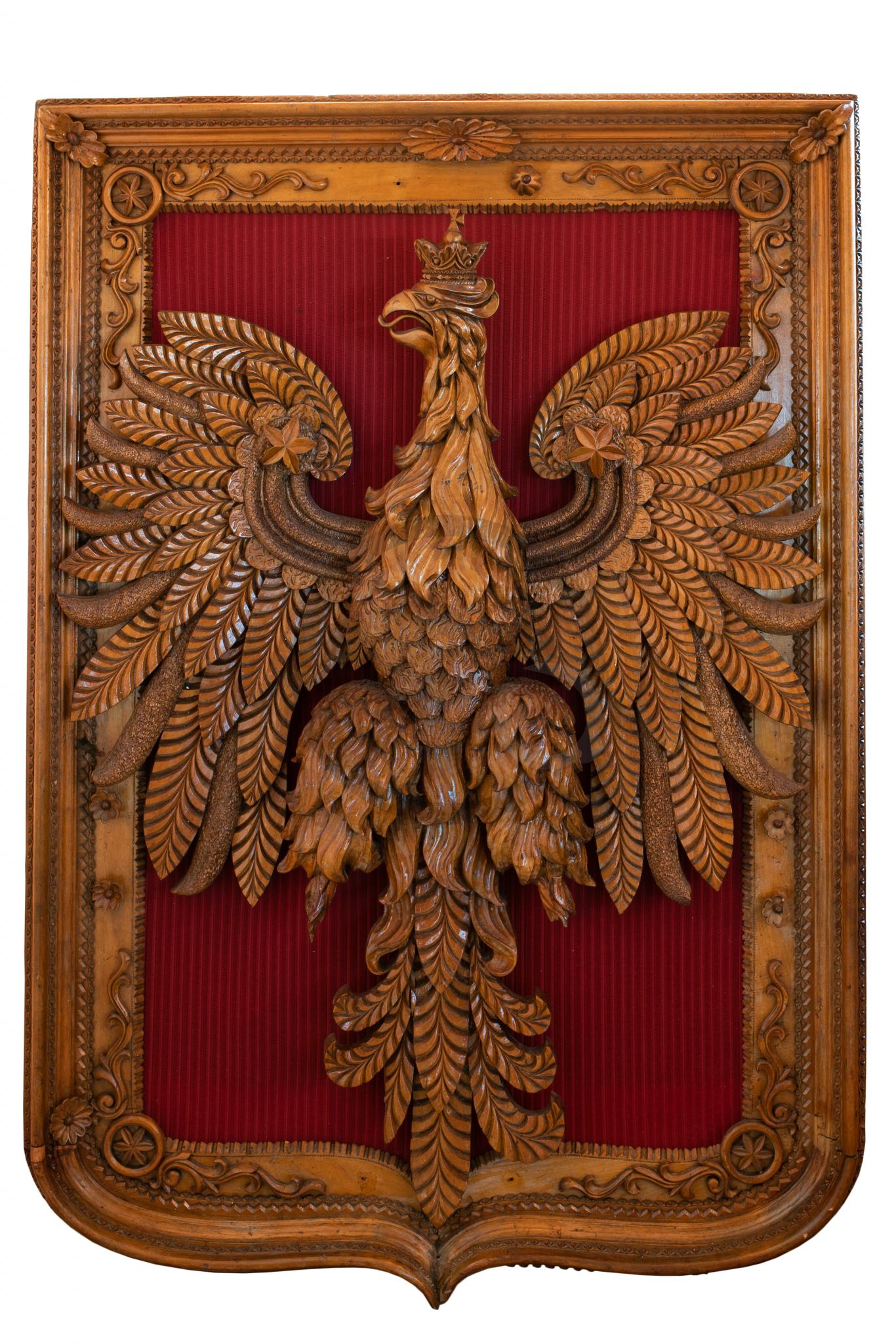