This type of rucksacks were used by Polish Army since 1920s till the end of 20th century. First model, based on 1st World War German’s sacks, was gradually modified and improved. Latest design of „cube” was produced in 1950s and withdrawaled after 1989.

Popular name „cube” was given to this backpack, because of its shape saved with small or big packing, thanks to internal stiffeners.

„Cube” presented on the picture might be produced in 1970s, probably it comes from army surplus. Musem owns it as a gift. 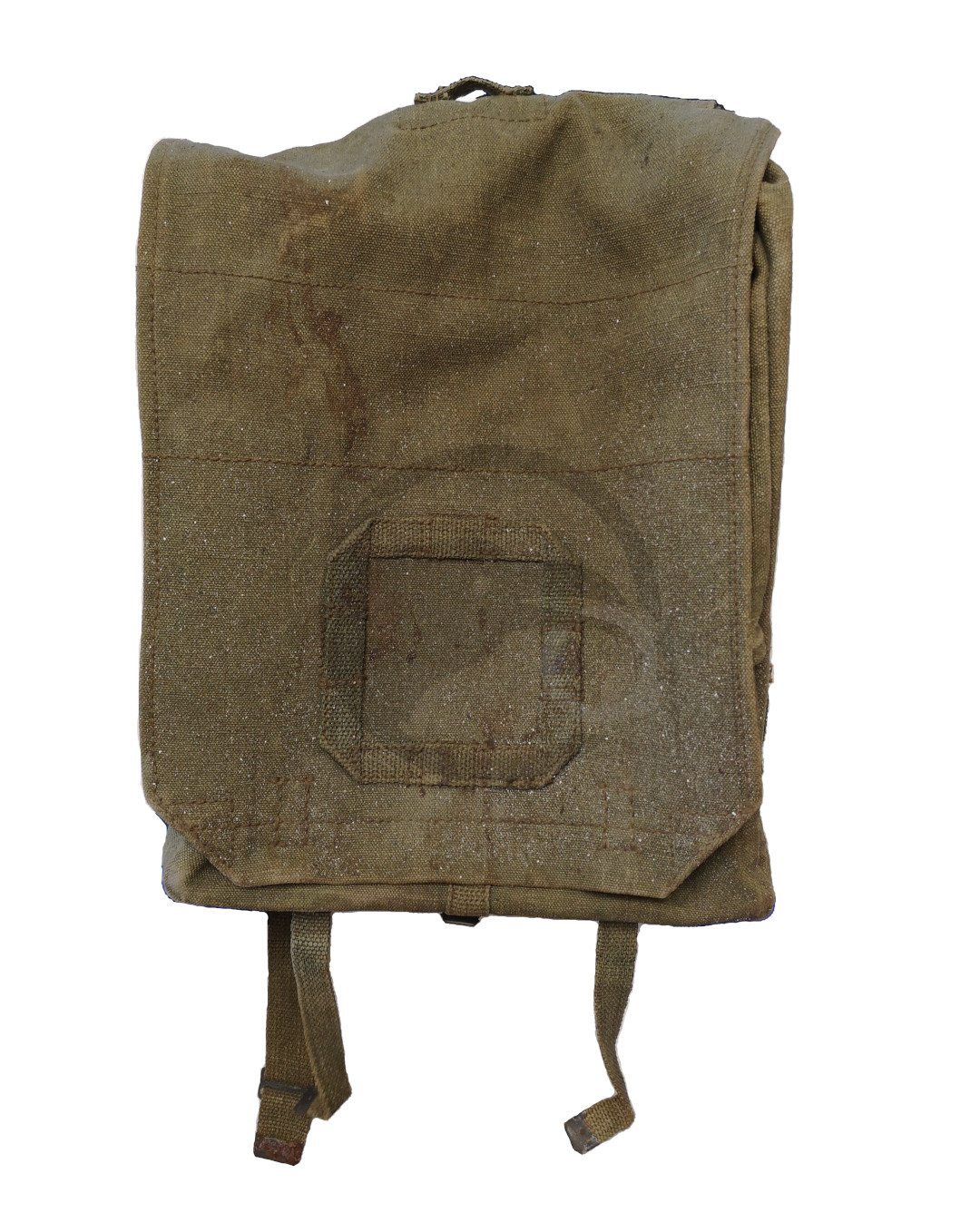