So called sculptured picture, composed from something around 200 pieces, was a wedding gift for Adela Flak, the youngest daughter of the author. At the same time it is the last work of art which came from Wincenty’s hands.

Made out of linden wood it represents a scheme known since Medieval times: the silhouette of the Blessed Virgin holding Christ’s dead body on her knees. Rood scene which is the main part of that work is located in its central part, on a kind of platform, decidedly distinguishing from the other parts of the carving. There is a cross with a thorn crown decorated in five places with flowers. Below and next to the image of Mary and Jesus we can find numerous arma Christi – the Passion items: 30 pieces of silver spilling from the sac, a spear, sponge, soaked with vinegar and cane, nails, whip, saint Veronica’s shawl with a picture of Jesus, whipping column and titulus – a small tablet with an INRI (lat. Iesus Nazarenus Rex Iudaeorum – Jesus the Nazarene King of the Jews) inscription on it. Among those items there are placed some ornaments – generally floral and geometric themes, characteristic for others Flak’s opuses. Usage of the Passion items and ornaments on the triple frame of the doing puts and emphasis on the three-dimensionality of it and opens up the whole composition.

Flak made more of them for his two daughters and to execute orders of clerics and seculars, but only the one for his youngest daughter has the details which cannot be found in any other version. Unfortunately, not all of them made it to modern times without significant damage. 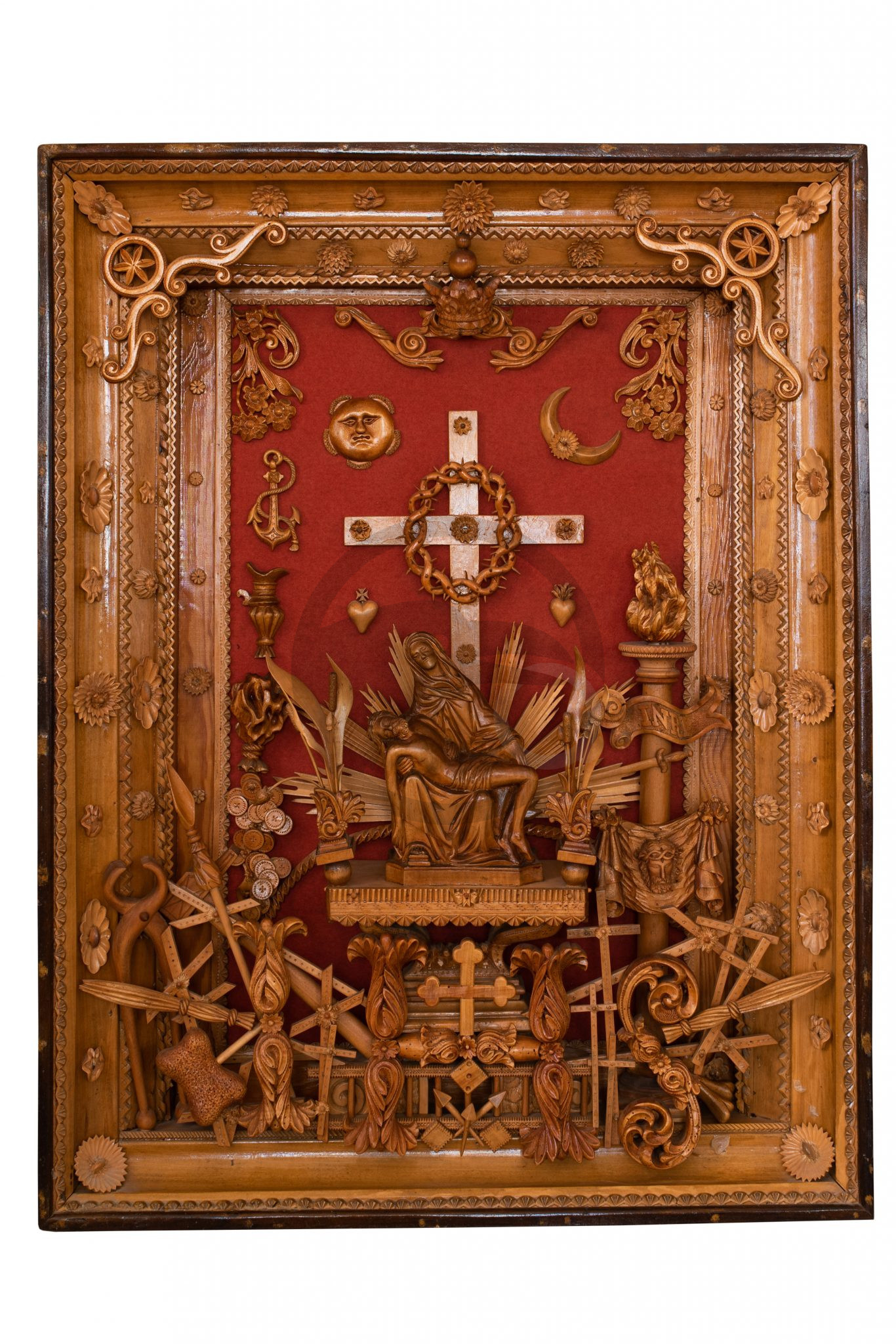