In the picture, taken probably at the end of the schoolyear, there are teachers and students from one of the classes of Public General School in Zwoleń.

In the second row, from the left, there are sitting: Stanisław Lesisz, Adelajda Pawłowska, Maria Sołtysik, Adam Drachal – school head, Maria Rulle, Julian Sołtyk, John Doe, Franciszek Markiewicz. Names of the students have been unidentified yet.

Beginings of general schooling in Zwoleń reached 1912. It was when some of the children started classes in new-built object, located on the Garncarska Street. Rest of the students were learning at private houses.

After implementation of compulsory education for children aged 7-14 in 1919, General School in Zwoleń quickly transformed into 7-classe institution, which had been giving education for almost 1000 students soon. Adam Drachal – mentioned above – drirected school since 1922. His forerunner and first headmaster of school was Maksymilian Białowiejski. 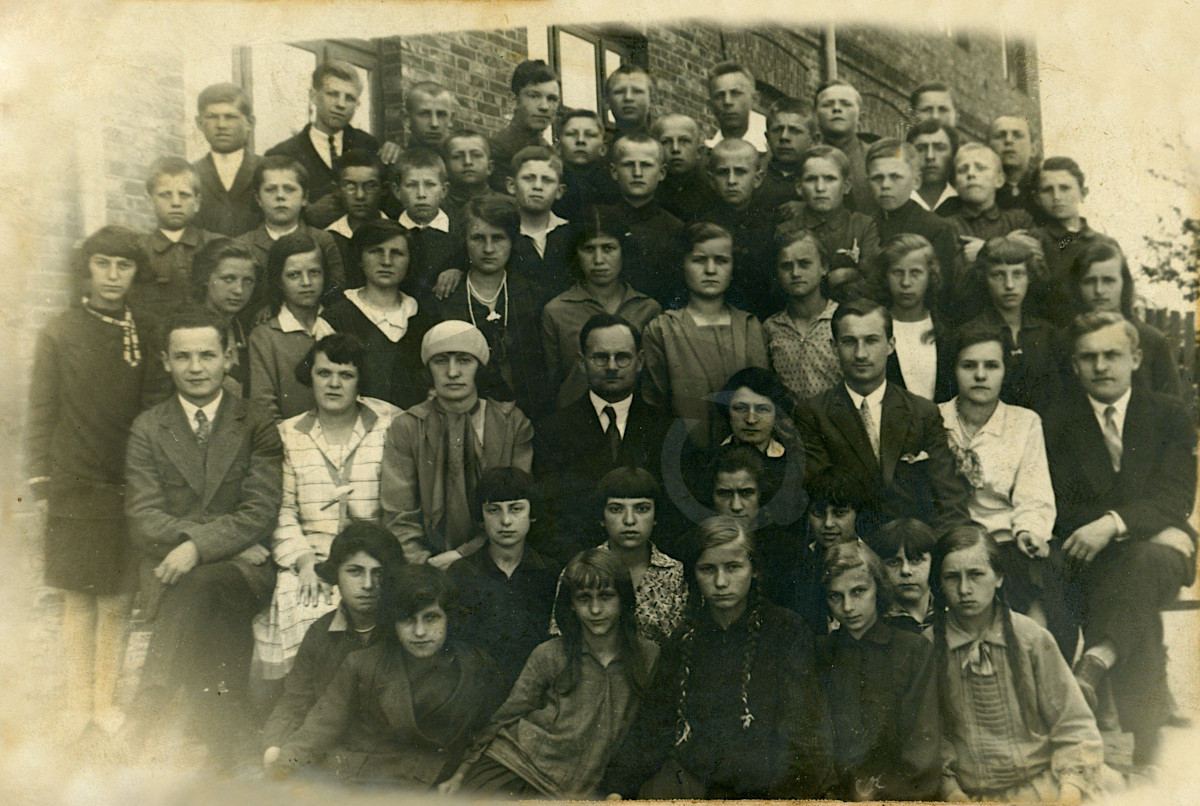