Sound postcards were an unusual variety of gramophone records, characteristic of the countries of the Eastern Bloc.

Their name comes from postcards laminated with a thin layer of plastic, on which grooves were then stamped with analog sound recording, usually one or two songs. Initially, they were produced illegally, by small private companies, in order to “smuggle” the greatest Western radio hits from behind the Iron Curtain. However, in time also state-owned enterprises, such as Ruch, Pronit and Muza, began to produce sound postcards and record hits by native artists. Playing music – in not very good quality – from this type of media was possible thanks to portable, suitcase turntables: Karolinka and Bambino, produced by the Fonica company from Łódź.

The postcard presented in the photo comes from the Sound Posts Factory in Zwoleń, run by J. Czakiert. It was located at ul. Bogusza 22, in private premises belonging to the Grabski family. The distribution of sound cards took place in Mr. Leduchowski’s shop. 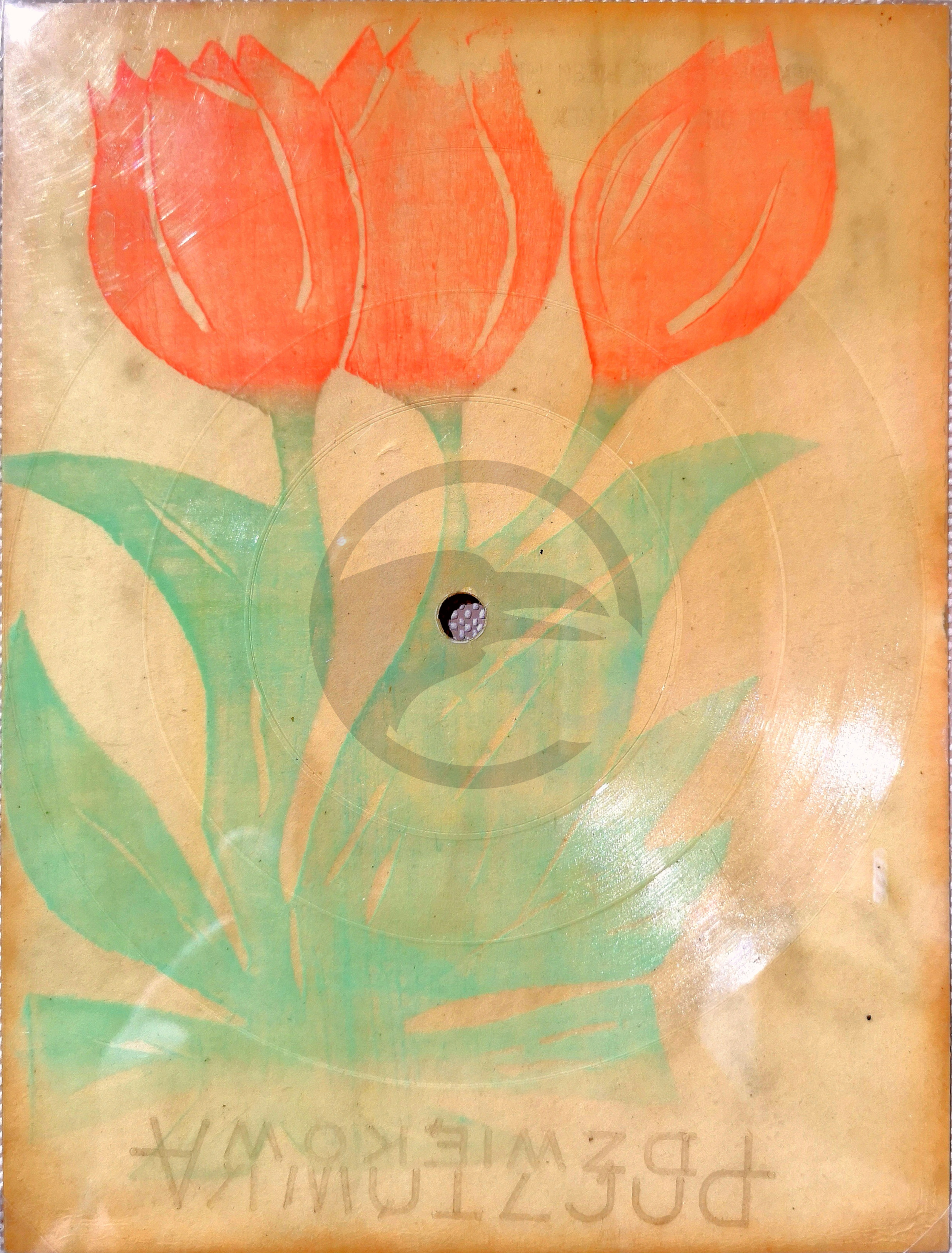