Made of copper, consists of goblet as main part of vessel and dome-shaped, openwork cover. There is a hearth for charcoal in a goblet, where incense is backfilled and smoke comes from the holes in cover, which is connected with the goblet by three long chains. Four one, a bit shorter and ended with ring, is used for lifting the cover.

The rite of incensing comes from Old Testament times. The Church in first centuries avoided burning incense. It came to the Christian liturgy, as well Roman as Orthodox, in 4th century and, at the beginning, was connected with the rituals at Lord’s Grave. Since 10th century the rite of incensing the altar came into force, initially only during the ceremony of consecrating new temple, however with time it became constant element of liturgy. Incense may be used in each form of Holy Mass:

Symbolism of burning incense refers to worshiping and supplication of God, also to forerunner of bloodless sacrifice. Heat of fire, in which the incense burns, symbolize earnest of prays, which – like smoke of incense – rises to God. 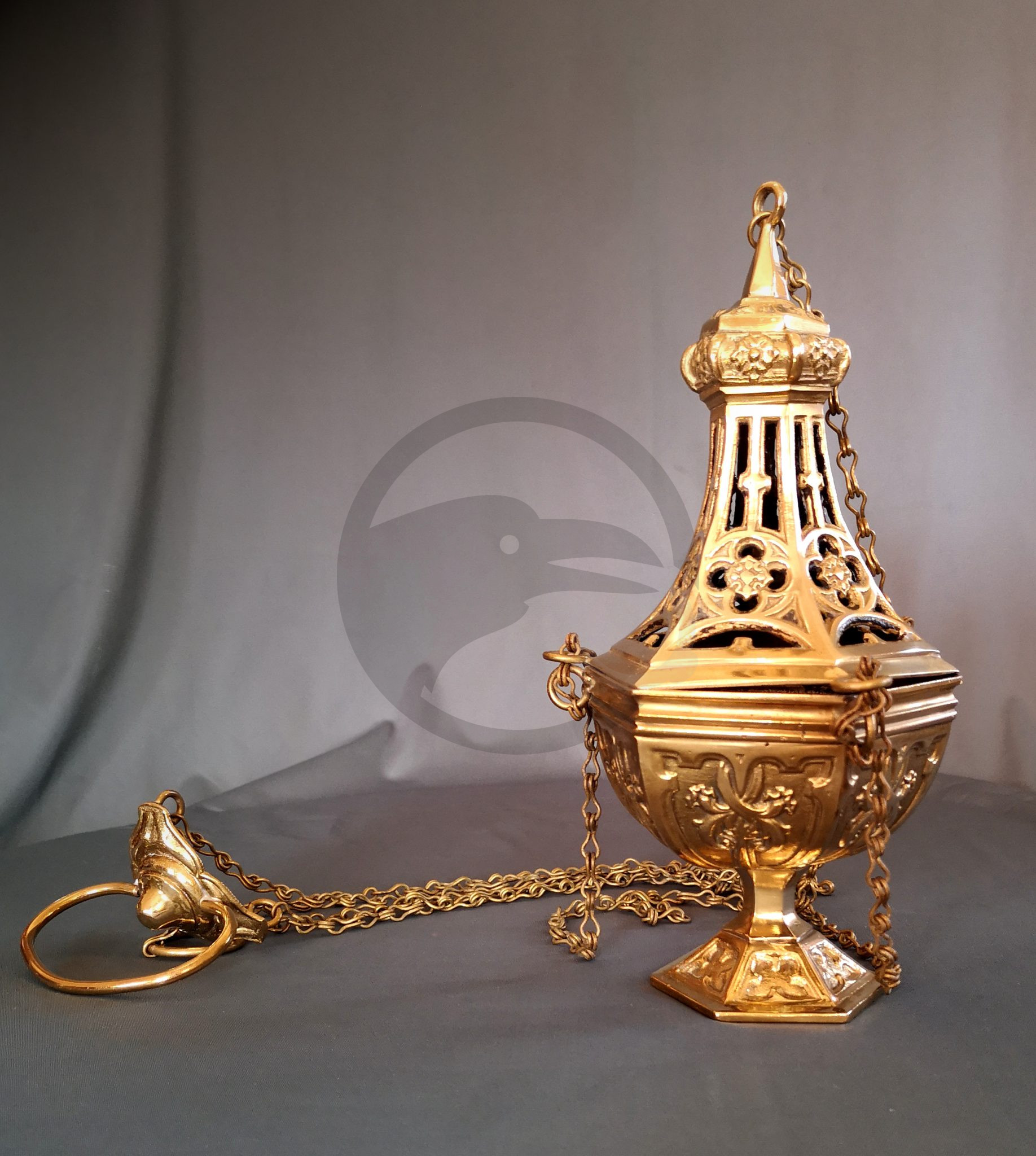 Owner: The Exaltation of the Holy Cross Parish in Zwoleń