This dish was used mainly for making butter, but it was also good for whipping cream or making ice cream.

Butter churns in the form of glass jars with a metal screw cap, to which the stirrer and the hand crank driving them were attached, appeared relatively late, at the beginning of the 20th century. It is believed that the first devices of this type were created in England at the Blow Churn Company factory and quickly spread to other European countries.

The presented model was most likely produced in the German Hünersdorff factory in the first years of the 20th century. The company’s products were widely used on the German and foreign markets. They were used in households until the end of the 1950s, perhaps even longer. 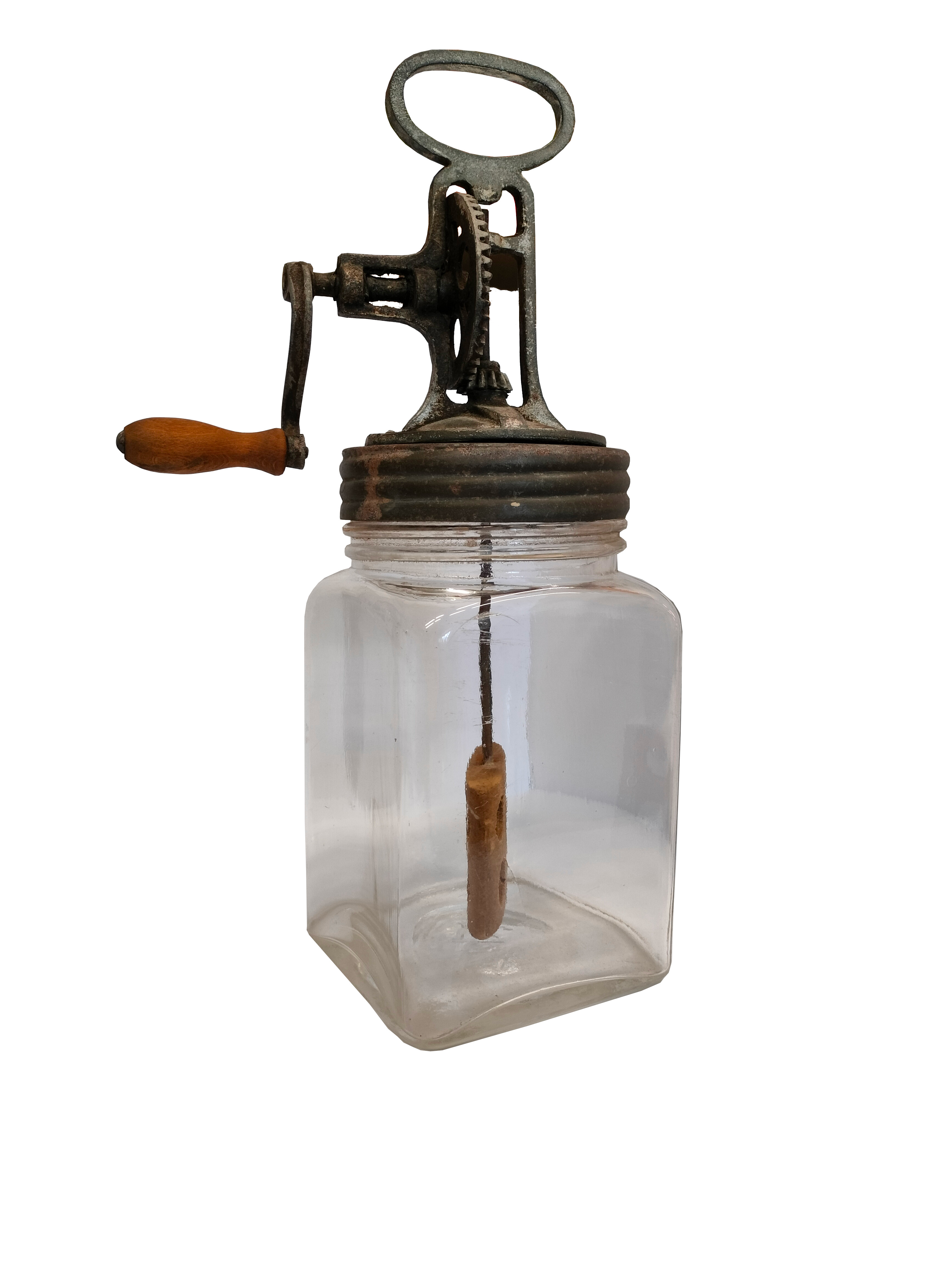