Vasculum (lat. - little vessel) is a kind of liturgical vessel used in the Catholic Church.

It is used by priests for cleansing fingers after dispensing Holy Communion. It is also a possibility to put in it crumbs of hosts or fallen one, in order to desacralise it. This process is done by dissolving sacramental bread in water, placed in a vessel.

Presented object was produced in the second half of the 19th century in the Factory of Plated and Bronze Products of Hennebergs Brothers. Their glory years fall on from the 1880s to the beginning of the 20th century. Except the factory, Hennebergs had also few company stores in Warsaw, one in Moscow and St. Petersburg. Both world wars stunted development of the enterprise; finally, in 1951 it was merged with Henryk Wolski’s factory.
Short name of producer (b. Henneberg), production place (Warsaw) and serial number (1620) was placed on the footing of the vasculum. 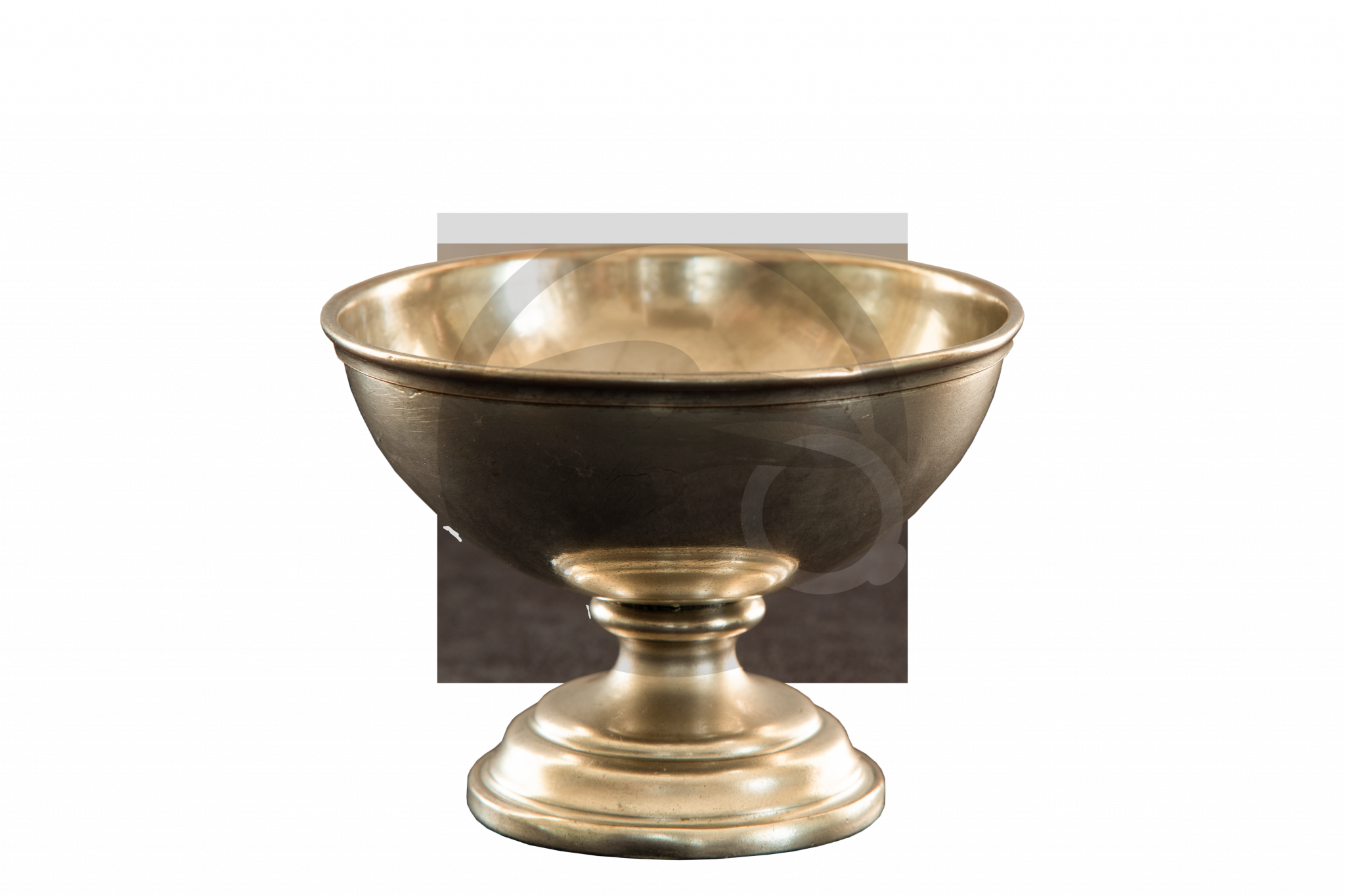 Time of creation: 2nd half of the 19th century

Producer: the Factory of Plated and Bronze Products of Hennebergs Brothers

Property: Parish of the Exaltation of the Holy Cross in Zwoleń