Kazimierz Dzierzbicki was first headmaster of The Agricultural School in Zwoleń and teacher of subject called “crop production”. He actively participated in many initiatives and organizations connected with farming sector (for e.g. in County Association of Graduates of Schools and Classes of Life Sciences in Zwoleń, “Głos Młodej Wsi” magazine or Regional Association of Farming Organizations and Rings). He was also member of Volunteer Fire Brigade in Zwolen, from January to August 1925 as a Chief Firefighter.

Except job and social involvement, he was interested in photography. His pictures had been presented on the exhibitions and awarded or honoured in competitions.

From 17th April to 7th May 1932 in Warsaw took place 40th exhibition of Polish Photography Association, second one where people could see pictures taken by artists unaffiliated with this organization. Among presented photographs there were four taken by Kazimierz Dzierzbicki: two night photos and another two titled “Window” and “First Snow”.

Almost at the same time (17.04–05.05.1932) there was another exhibition in Tarnów. It was 1st Country-wide Photo Exhibition, organized by Photography Admirers Association in Tarnów, under the auspices of Bolesław Skwarczyński, then County Executive of Tarnów County. In Bristol Hotel was exposed 351 works of 65 photographers, including four of Kazimierz Dzierzbicki: “In The Winter Sun”, “Winter evening in the town”, “Light in the window” and “The Cross”.

On May 1932, illustrated magazine “Świat” announced photographic contest titled “Spring”, for subscribers and magazine routes, who take pictures amateurish. There were 217 photos by 68 people sent. From this amount, 165 was chosen as compliant with the terms of competition. Next, they were rated by jury: Eng. Marian Dederko (from Kodak), Karol Frycz (painter), Tadeusz Mendrecki (Illustration Department Manager of “Świat” magazine) and Stefan Krzywoszewski (Editor-in-chief of “Świat” magazine). Kazimierz Dzierzbicki gained 1st prize – camera Ready III A 6,5 x 9, with Trioplan lens, 3 cases and sheath by Neumann. Jury appreciated novelty of subject, inventiveness and precision of the works.

One of the Dzierzbicki’s photos titled “In the light of lantern”, was shown at the Polish Photography Exhibition, organized by Society for the Encouragement of Fine Arts – eminent institution among artists and people of art, from 11th March to 6th April 1933. There were 107 photos of 65 photographers qualified to the exhibition, which took place in the building of Society at Małachowski’s Square in Warsaw.

At the begging of 1934 Polish Photographic Association announced 1st Country-wide Photographic Competition for all willing people taking pictures. There were three groups of contestants: professional photographers, advanced amateurs and beginner amateurs. Authors of the photographs decided by themselves, to which group they want to send theirs works. Technique of works were free, but pictures had to be taken on materials came from certain companies: AGFA, Gevaert, Kodak and Lumiere. Works sent to first and second groups had to be at least 13 x 18 cm, to third – 6 x 9 cm. Each competitor could sent as many pictures as he wished, but no less than three. Contest took place from 10th March to 25th June 1934. Kazimierz Dzierzbicki – alias “Farmer” – sent his photos to first group. The commission granted his photo titled “From cycle Night: III” with an honourable-mention prize.
All of the awarded and high-quality photographs were shown at the special post-competition exhibition in Warsaw. 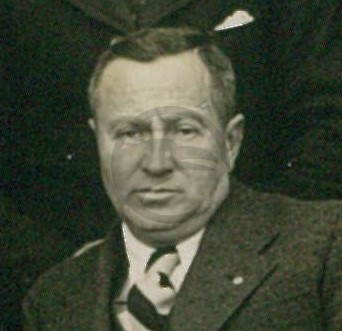