On the exhibition we're presenting selected cartographical materials refered to Zwoleń region - originals and copies. There are small-, medium- and large-scale, which had been made over the course of 16th to 20th century in home and foreign centers.

The exhibition is divided on three parts.

First one will be made of general maps, which ones are giving the opportunity to trace the changes in cartographical image of Zwoleń and region. In the second part of exhibition plans of the city will be presented and in the third part – plans of properties and villages. Collection of the last ones is limited to the places located within a dozen kilometers from Zwoleń, connected with it by administration, church or trade dependence.

The oldest cartographical images of the city, which are preserved, came from 1st half of 19th century, of the surroundings, in turn, from 1st half of 18th century; the most numerous group is created by the materials from 2nd half od 19 and the 20th century. Among them you may see the plans ensued in various purposes – area management, land classification, regulation and consolidation of area. In the group of properties and village plans, the largest number are those relating to the measurement and arrangement of estates. The superimposition of old plans on contemporary cartographic grids, also presented at the exhibition, allows for a more insightful tracing of the processes of changes taking place in the Zwoleń region throughout history.

The exhibition is also enriched by reproductions of photos and documents from the resources of national centers, private collections and measuring instruments used by cartographers and surveyors, provided by the Museum of Geodesy and Cartography in Opatów.

The exhibition is accompanied by a publication by Piotr Choluj “Zwoleń and the region on old plans and maps”, prepared in cooperation with Paweł Nakonieczny and the Regional Museum in Zwoleń. 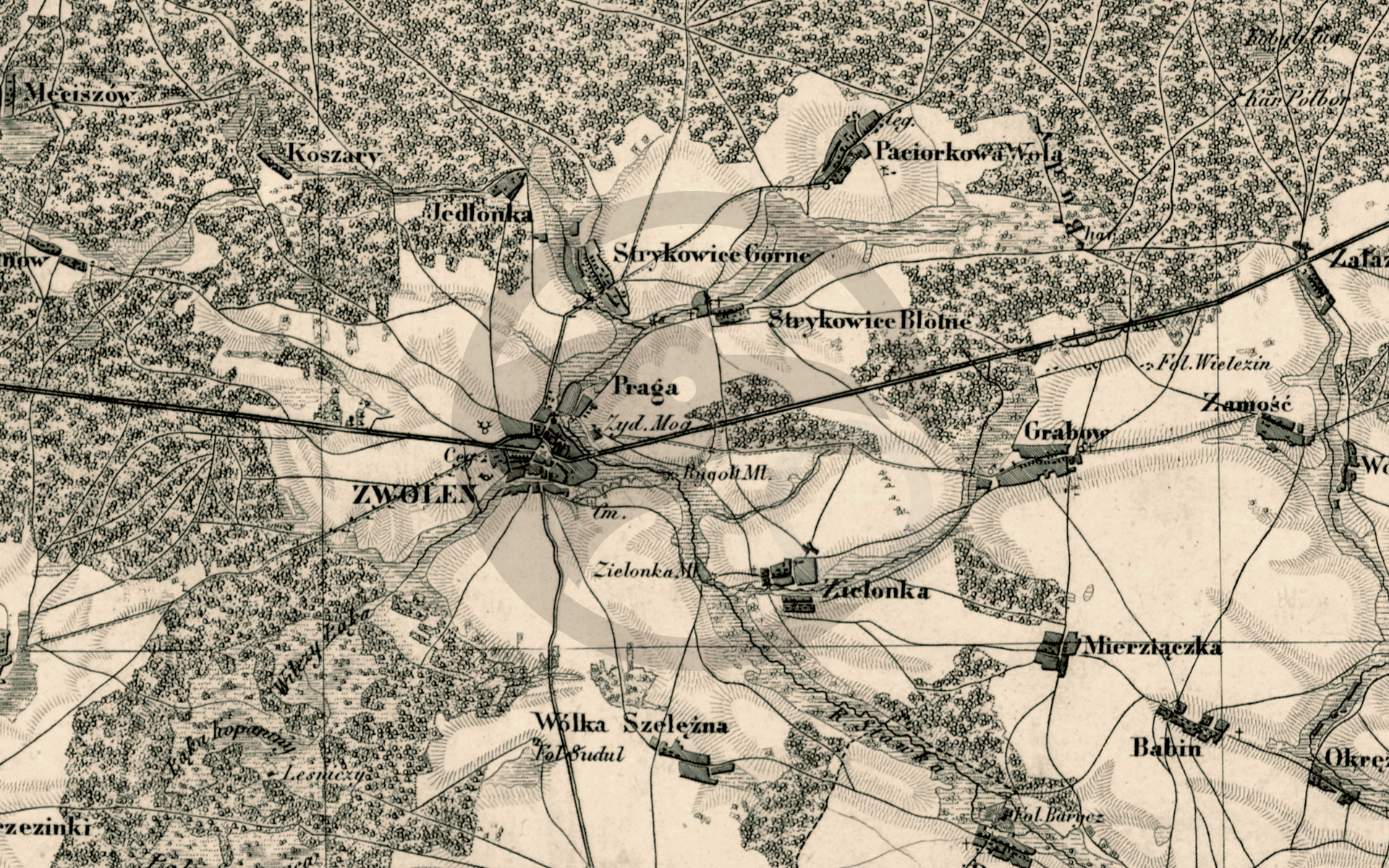 Project and arrangement: The Regional Museum in Zwoleń

Plan of abodes and gardens of Zwolen settlement
Cartography